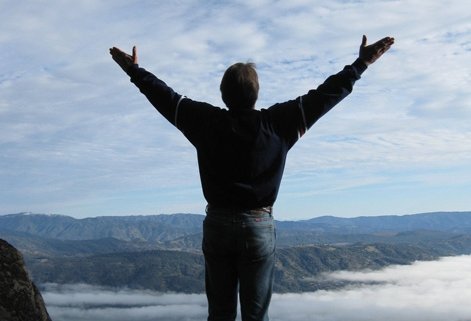 Napoleon Hill’s classic, Three Feet from Gold, is a lesson on not giving up, instead, adjusting your sails. You have so many like-minded people cheering you on. Never give up—winners don’t quit! We get two to three opportunities in our lifetime so never let anyone stop you from reaching your dreams. You have so much to do and so little time to do it.  Put the naysayers on notice to step aside. You’re going to climb your mountain, and no one will stop you.

See you at the top. The view is absolutely spectacular!

The most common cause of failure is the habit of quitting.  When one is overtaken by temporary defeat. Every person is guilty of this mistake at one time or another.

An uncle of R. U. Darby was caught up by the gold fever back in the gold-rush days, and went west to DIG AND GROW RICH. He had never heard that more gold has been mined from the brains of men than has ever been taken from the earth. He staked a claim and went to work with pick and shovel. The going was hard, but his lust for gold was definite.

After weeks of labor, he was rewarded by the discovery of the shining ore. He needed machinery to bring the ore to the surface. Quietly, he covered up the mine, retraced his footsteps to his home in Williamsburg, Maryland, told his relatives and a few neighbors of the “strike.” They got together money for the needed machinery, had it shipped. The uncle and Darby went back to work the mine.

The first car of ore was mined, and shipped to a smelter. The returns proved they had one of the richest mines in Colorado! A few more cars of that ore would clear the debts. Then would come the big killing in profits.

Down went the drills!  Up went the hopes of Darby and Uncle!  Then something happened!  The vein of gold ore disappeared!  They had come to the end of the rainbow, and the pot of gold was no longer there! They drilled on, desperately trying to pick up the vein again— all to no avail.

Finally, they decided to QUIT.

They sold the machinery to a junk man for a few hundred dollars, and took the train back home. Some “junk” men are dumb, but not this one! He called in a mining engineer to look at the mine and do a little calculating. The engineer advised that the project had failed because the owners were not familiar with “fault lines.” His calculations showed that the vein would be found just three feet from where the Darbys had stopped drilling! That is exactly where it was found!

The “Junk” man took millions of dollars in ore from the mine, because he knew enough to seek expert counsel before giving up.

Most of the money which went into the machinery was procured through the efforts of R. U. Darby, who was then a very young man. The money came from his relatives and neighbors, because of their faith in him. He paid back every dollar of it, although he was years in doing so.

Long afterward, Mr. Darby recouped his loss many times over, when he made the discovery that desire can be transmuted into gold. The discovery came after he went into the business of selling life insurance.

Darby is one of a small group of fewer than fifty men who sell more than a million dollars in life insurance annually. He owes his stickability to the lesson he learned from his quit-ability in the gold mining business.

Before success comes in any man’s life, he is sure to meet with temporary defeat, and, perhaps some failure. When defeat overtakes a man, the easiest and most logical thing to do is to quit. That is exactly what the majority of men do. More than five hundred of the most successful men known in this country, told the author their greatest success came from just one step beyond the point at which defeat had overtaken them. Failure is a trickster with a keen sense of irony and cunning. It takes great delight in tripping one when success is almost within reach. 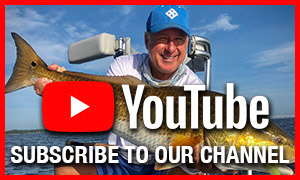 "For things to change, you have to change. For thing to get better you have to get better. You are who you are because you choose to be that way." – Laurence Thompson "We are all in a little sail boat, it is the set of the sails, not the direction of the wind that determines your future." – Jim Rohn "You can have everything you want, if you just help enough people get what they want." – Zig Ziglar “A positive attitude and an open mind are true characteristics of all good fishermen.” – Kevin Van Dam “The only water that’s yours, is in your live well.” – Dee Thomas “Whether they’re talking good about you or bad about you, at least they’re talking about you!” – Don Iovino “When you’re on the water, it’s time to get to work!” – Gary Yamamoto “Remember, you’re just one cast away...” – Sieg Taylor

Stay up to date

"Ethics need to be your driving philosophy for your business. Stand firm by your values and success will come naturally. There is no such thing as a successful man that gives up his values and ethics for his business.” – Dallin Larsen "A Leader of one, is a leader of many. If you can‘t lead one, you’ll never lead any." – Daniel Picou "For things to change, you have to change. For thing to get better you have to get better. You are who you are because you choose to be that way." – Laurence Thompson "We are all in a little sail boat, it is the set of the sails, not the direction of the wind that determines your future." – Jim Rohn "You can have everything you want, if you just help enough people get what they want." – Zig Ziglar

Stay up to date

You Are What You Eat. Sort Of. Understanding Nutrient Bioavailability